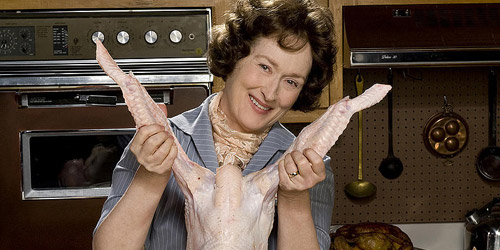 Julie & Julia is a serviceable film that attempts to bring the world of the Internet to the big screen, in a way. Blogging as a subject matter is fairly bland, and unsurprisingly, it doesn’t translate particularly well. The cast makes it work mostly, though it seems rather aimless, often working with rather simple changes in superficial behavior, as opposed to conveying strong emotional and internal changes as a means of propelling the action.

Though Adams is still likeable, the character she portrays is frustrating, and the script offers very little insight into her struggle as a “modern” adult struggling to survive. It paints the portrait of a woman who had all the potential in the world, and seems to have failed miserably to live up to it, only to have Julia Child “save” her by giving her a goal to reach and achieve. It’s motivating in a way, sweet I suppose… but without ever really enhencing or exploring the circomstances, it feels somewhat empty, and her characterization bland and grating.

The Julia Child segment is more interesting, if only because she is a more vibrant personality. The segment and story itself is not presented particularly well, it’s very conventional and would never really hold up on it’s own. Streep gives an expectantly great performance, and really evokes both the manneurisms and the passion of Child. It’s really her work that holds up the entire film.

The line drawn between the storylines is quasi similar circomstances and similar archs. Thematic match-cuts are used most often to tie the two together, and they’re a bit wishy-washy, for lack of a better term. It never feels obnoxious, but is never quite seamless either. The film unfortunately falls apart simply because the premise itself doesn’t seem strong enough to sustain a feature length film, especially not one as long as this (2 hours is long for a film of this nature). Overall, I found it to be a moderately entertaining diversion, and it made me want to eat and cook delicious food.

There are two main reasons why I haven’t updated this month. The first is one that has plagued me in the past, my laptop once again, has died on me. Luckily I’m getting a new one this month, so hopefully these problems will be coming to an end very soon.

The second is more fun, though it hasn’t taken up nearly as much time as I would have liked. For the past two weeks, Montreal has been hosting the Fantasia Film Festival and I’ve been going to see some films (only five to date and I’ve only managed to write two reviews so far!). I’m seeing at least three more before the festival ends this Wednesday, closing with Trick’ R’ Treat and Tarantino’s new film, Inglorious Basterds, hosted by Eli Roth.

I’ve been lucky enough to be writing for Twitch, an online site for Asian/weird cinema, and hopefully by the next few days you’ll be able to read even more of my work. Until then, here are some thoughts on Grace (Paul Solet) and Dream (Kim Ki-Duk). I’ve also seen Love Exposure (Sion Sono), Orochi (Norio Tsuruta) and The Children (Tom Shankland).

Some of the other writing I’ve been doing has been for Playtime magazine. I put out a short article on my obsession of June, Josey Losey, focusing especially on his relationship with Harold Pinter. Most recently I’ve also written a short review of (500) Days of Summer.

I’ve also done something very rare indeed, and I’ve picked up a novel! I have about 30 pages left to read of Milan Kundera’s The Unbearable Lightness of Being, which is wonderfully evocative and heart wrenching. It’s not a difficult read, though I find many of the ideas and sentiments very complex and it’s not necessarily “light” reading. I definitely recommend it though.

As for the blog world, may I recommend some recent favourite articles and ideas;

Spengo at From Atlantis to the Interzone presents his Favourite Actresses.

Sergio Leone and the Infield Fly Rule presents another Quiz, one that I’ll hopefully be completing in the next few days.

I generally just enjoy browsing Surface Noise because it looks soooo gooood. Here is an example of the rather unique visual flair that the site is enfused with, 20 shots from Jazz on a Summer Day (1960)

Hopefully you’ll see some updates in the next week . Look out for them!

Saw about 25 films this month, give or take. Quite a few rewatches too. I’ve been pretty busy working lately and my computer problem not having cleared up has put dark cloud over my enthusiasm for updating/responding to comments, but I promise to get back on board ASAP. I actually saw a lot of really amazing films in May, and hope June shows similar promise. It was actually extremely difficult to just narrow it down to five, so I hope you appreciate my efforts! 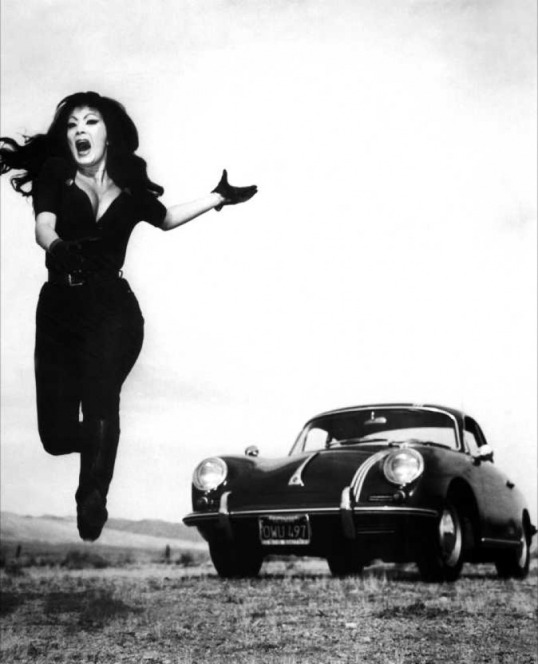 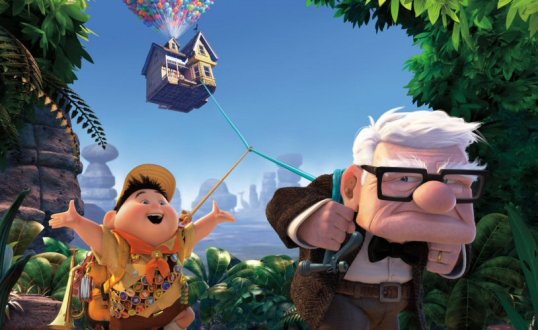 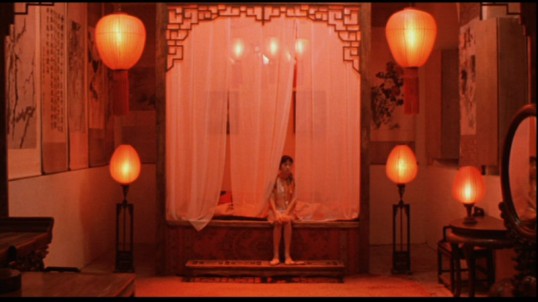 So, Lymelife is a good movie, just falls short from being anything special. It doesn’t hit any wrong chords, there isn’t much I can criticize it for. It pulls a rather strange premise, about two family’s falling apart because of the effects of lyme disease on one husband, and the paranoia, pain and adultery that ensues because of crumbling family units. It doesn’t bring a lot of new ideas to the “American dream is a scam” kind of films, but it does approach the subject matter with far more honesty than something like American Beauty. It’s truthful, painful and appropriately absurd.

The film really benefits from great casting, Alec Baldwin is perfect (as always) as the alpha male jerk, who shows a surprising amount of depth and tenderness as the father of our “hero” (Scott), who is cheating on his wife. I will be very frank, and admit, a lot of the maleness of this film is elusive to me, and perhaps that’s why I find it fascinating. I understand that he is missing something from his relationship with his wife, but I don’t understand what it is. They’ve fallen apart, that’s for sure, but beyond that his criticisms seems shallow, or at least veiled, while hers are far more pointed and true. There is another moment in the film too, when the younger brother insults the older one (not playfully) for just being a radar guy in the army, calling him a pussy. It struck something painful, a harsh tearing down of his masculinity, but I don’t understand why it’s even something to be ashamed of? I clearly just don’t understand men.

What I do understand, is for the kids, there is some shame in being feminine or not constantly assuring masculinity. These are ordinary kids, not really bullies or macho, but there seems to be this fear of agreeing with the mother, even being like her in any way… as if her qualities as a woman will somehow destroy them. There is a kind of opening up to this later, and it allows Scott to open up to the girl he’s been crushing on since forever. It’s only in allowing the good either of his parents offer, instead of just one, that he is able to find happiness in his life and relationships. The girl is similar in this regard, and through their mutual understanding and affection, they seem to break the cycle that plagues both of their families.

The film takes a calculated amount of risks, though the film never feels quite daring or particularly fresh. It has many sweet, endearing and emotional moments, but they do feel a little calculated and insincere. I can’t quite put my finger on why the film isn’t truly great, but it’s certainly worth seeing.

It’s been nearly two weeks since I last updated, I can’t say I’ve been very busy but I needed a little break from writing. Hopefully as May starts up I can get back to a more regular schedule, and post at least a few thoughts on most of my viewings. I actually saw more films than usual in April, about 30, with maybe one or two rewatches thrown in. I also saw my very first Ozu film (Tokyo Story), as well as one or two films that I’d now count among my all time favourites. It wasn’t easy to narrow down my choices to just five, but I managed somehow.  Presented in alphabetical order. 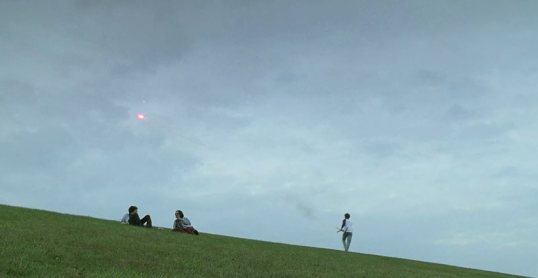 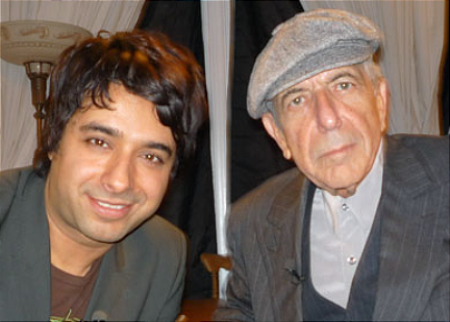 Another Leonard Cohen post, he’s  been fairly prevelant in Canadian media these past few weeks, no doubt, because his tour that began  in May of last year has returned to his country of origin. This is a very compelling and thoughtful 40 minute interview done Jian Gomeshi, on the popular program Q. Cohen muses on love and death, focusing especially on his own mortality during the segment. It’s focused on his musical career above else, but touches into his poetry and novels. Also, for film fans, they discuss briefly the use (or overuse) of Hallelujah in our culture today, even mentioning Watchmen. Though Cohen admits it’s one of  my favourite songs, and seems to love most covers, admits that perhaps people should take a break from it for a while.

Aside from recommending  Leonard Cohen’s work, even for non-Canadians, Q is a show to watch/listen to in general. Once again CBC proves to be a great alternative to the mindless drivel found on most TV/radio. Lots of great shows to check out. 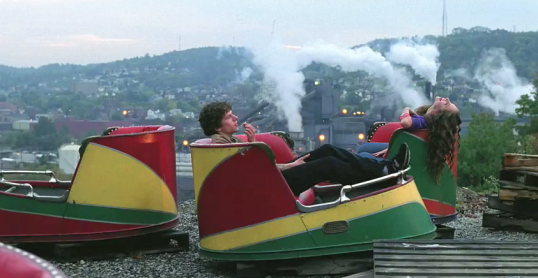 More writing for Playtime, this time I took time to review a new release (!), the best film I’ve seen this year, Adventureland. Here is an excerpt, go to the site to read the rest and some other awesome articles!

Though something of a nostalgia trip, Adventureland never falls into the traps of over romanticizing or sentimentalizing a bygone era. Inspired by the events of his own post-adolescence in the 1980s, Greg Mottola writes and directs this surprisingly tender film about confused and loveless young adults. Though beginning on a similar note as many films of its type — a party where the protagonist, James, is introduced as a virgin — the film takes an unusual path from there. He returns home to find out his summer plans are dashed and he must get a seasonable job so he’ll be able to go to Columbia University in the fall. Having never worked before, he finds himself unqualified for most lines and has to apply at the local amusement park where he is hired to run games along with a wide range of characters, including the awkward Joel and the capricious Paulette.

I saw a lot of terrible films this month,in addition to more rewatches than usual made the pickings quite slim. Still, I’m pretty satisfied with my selections,  I like them all at least. As always, no rewatches and presented in alphabetical order. 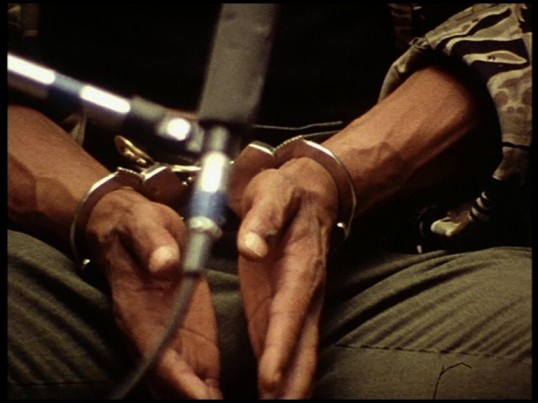 Among my most anticipated films of the year, the first trailer reveals that my high expectations might very well be justified. This could be one of the most creative and inspiring children’s films in years.