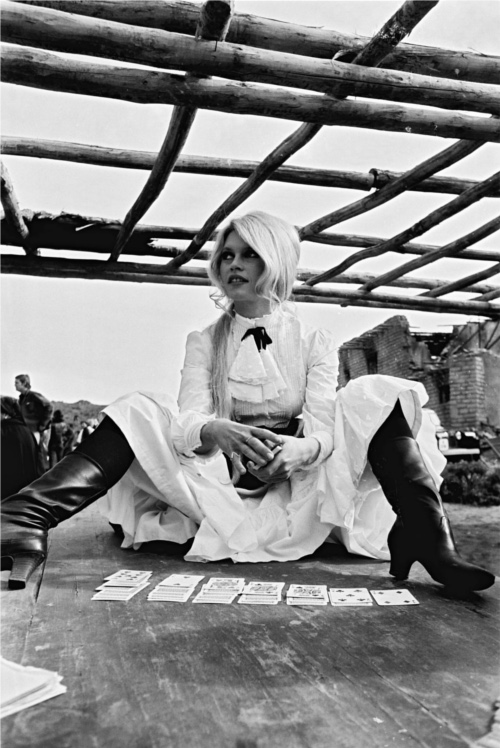 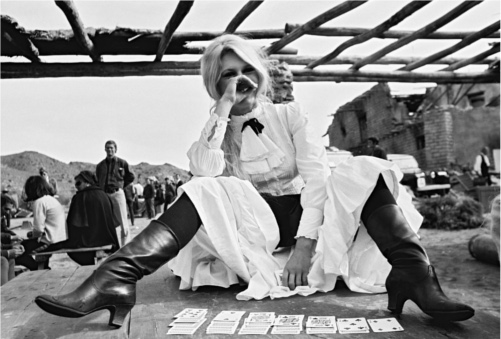 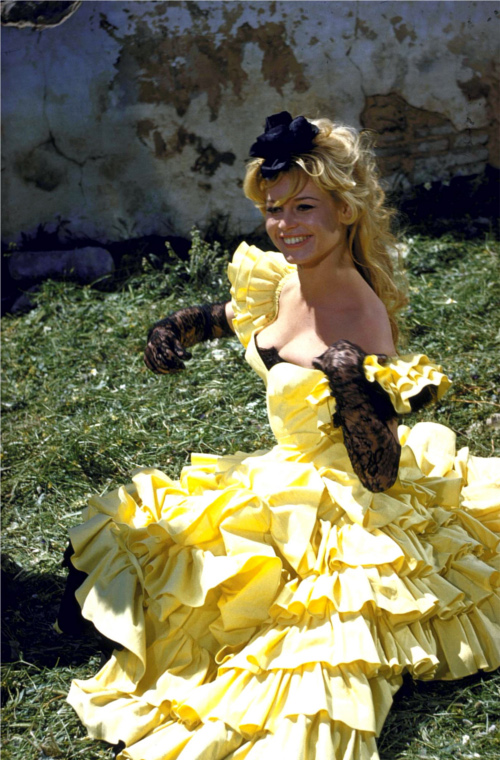 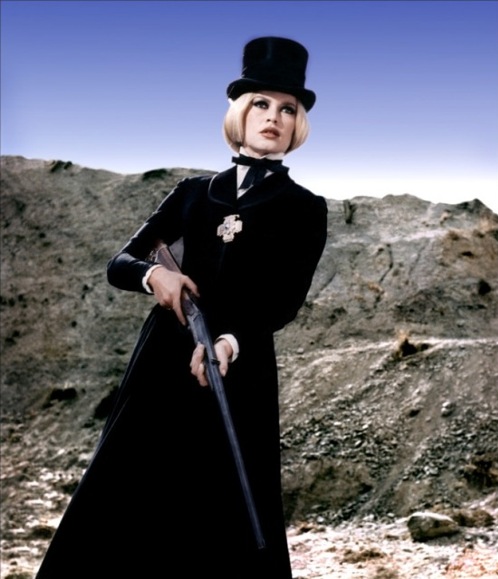 Bardot’s style remains in the 21st century was enduringly modern, unique and sexy. Her trade-mark became less the clothes she wore, but her teased blonde hair, and dark eye-make up. It was also very much about the attitude she took to whats she was wearing. In a large portion  of her movies, clothes were not a given, as often as possible she was paraded around nearly naked, her body more likely draped in a sheet then a fitted outfit. When she does wear costumes, her self-awareness makes them shine. She seems to know all the angles to make them look just right, and is always able to make them her own. Shalako transplants her to the old west, but Bardot does not fit the mold of the helpless woman in distress. Even her costuming suggests power, the presence of pants and hats throughout. Even her dresses suggest a matriarchal power, and though Bardot is anything but matronly, the suggestion remains.

One response to “Iconic Film Costumes: Brigitte Bardot in Shalako”